My Slow Cooker Ham is the perfect brown sugar spiral ham recipe for your holiday gatherings.  Combining brown sugar and honey with the ham is an ideal entree.  Cooking this in your slow cooker saves you valuable time you can spend with your family instead!

Make my slow cooker mashed sweet potatoes and my best green beans recipe to serve alongside the ham for a perfect meal.

In my family, ham is usually made around Christmas or Easter.  While I love it year-round, this more considerable portion is made perfect for sharing at the holiday table and, of course, tends to be a lot cheaper around holidays.  You can use this recipe any time you want a delicious, sweet, salty entree, and know that it freezes beautifully for later meals if it makes too much. 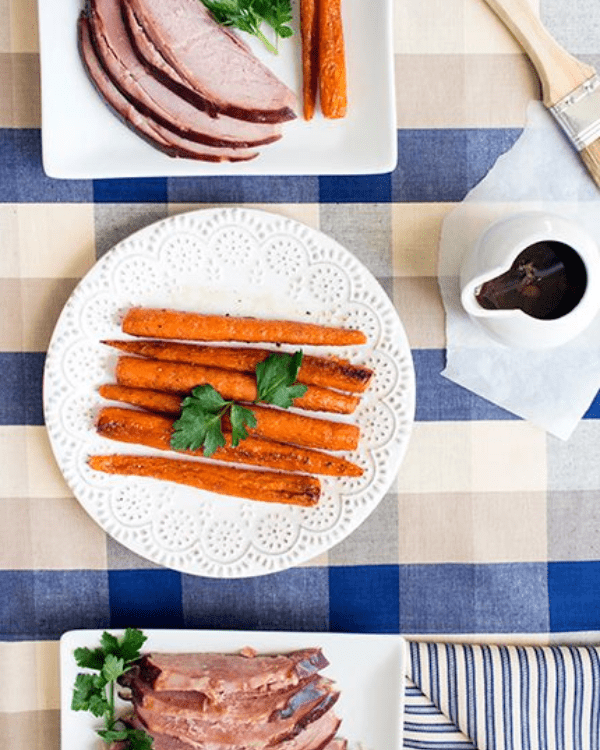 What is a Spiral Ham?

A spiral ham is just a bone-in ham that has been processed and cut in a spiral manner around the bone so that slicing is easier once cooked.  Typically, the meat is cut down to within 1″ of the bone in the center, so all you have to do is slide the knife across the edges, and you will have perfect slices of ham to serve in an instant. 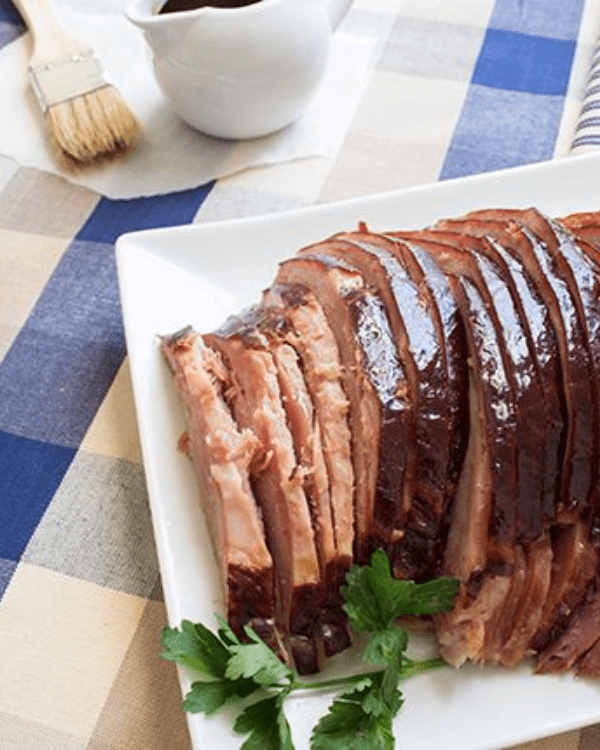 Do I Have to Use a Spiral Ham?

You do not have to use a spiral ham for this slow cooker ham recipe.  Any bone-in ham or even bone-out chunk of ham can work with this tasty brown sugar glaze.  I chose a spiral ham as I know it is easier to tuck those spices into the crevices and slice them up fast once done cooking.  No matter what type of ham you use, make sure to pack down the brown sugar mixture into at least a few sliced areas across the top to get that flavor deep within the meat. 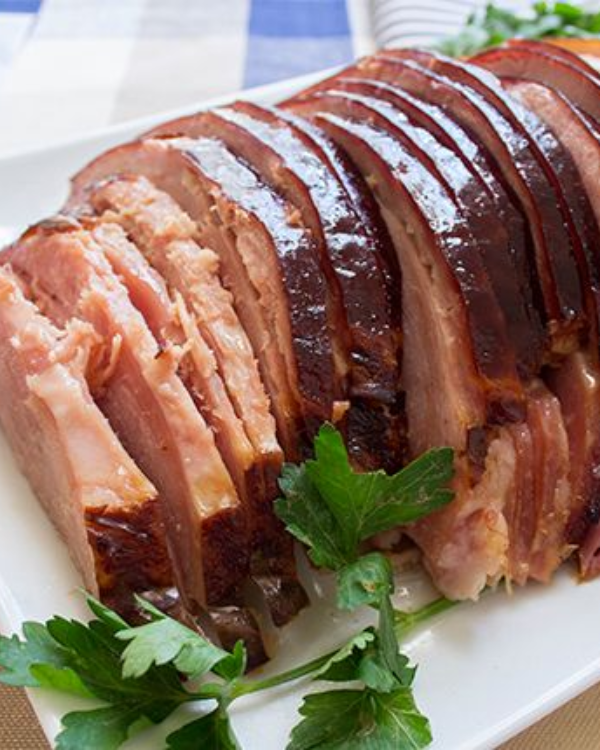 How to Use Leftover Slow Cooker Ham

Leftovers are my favorite part of cooking a big ham in my slow cooker.  Below are a few of the many ways you can use leftover slow cooker ham. 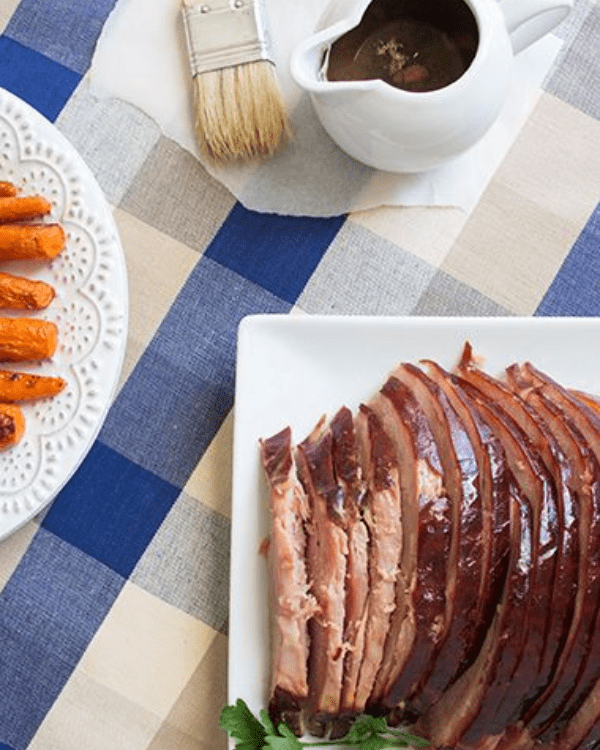 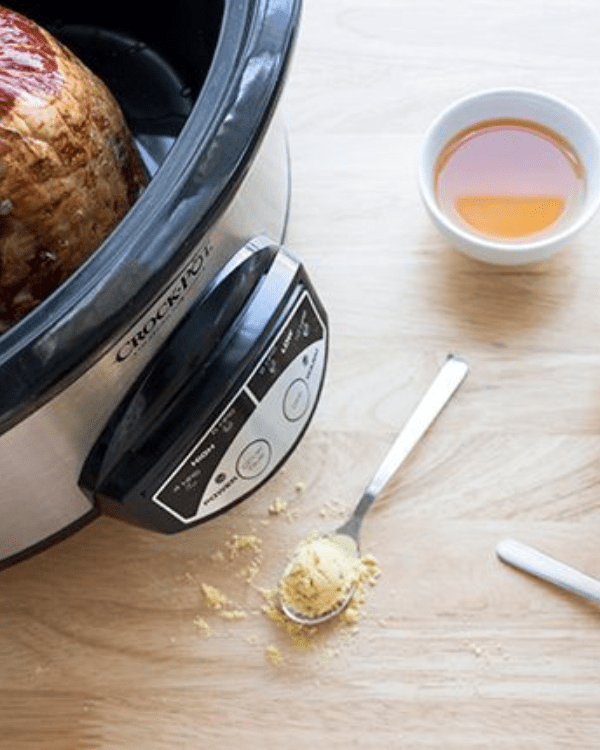 Spray or line your slow cooker before placing the ham into the cooker.  You will make sure you place the ham cut side down.

In a small bowl, whisk together the brown sugar, honey, dijon mustard, cloves, and water until well-blended. 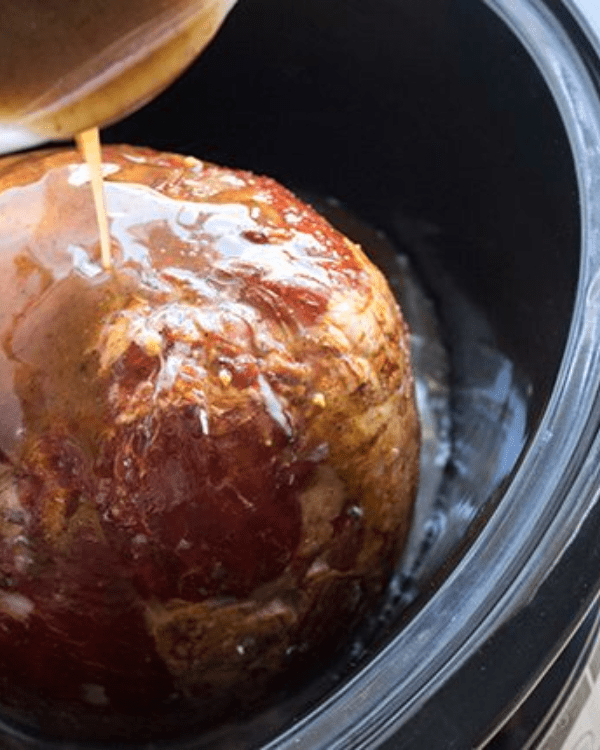 In a medium saucepan over medium heat, add the sauce.  Bring to a boil, reduce to a simmer, and whisk occasionally until well heated.  Pour the sauce over the ham, and cover with the slow cooker lid.

Set your cook time and heat level, then cook until ready to serve.  You can occasionally baste the ham or even turn it and baste mid-way through the cooking time.

Allow the ham to rest before slicing to serve. 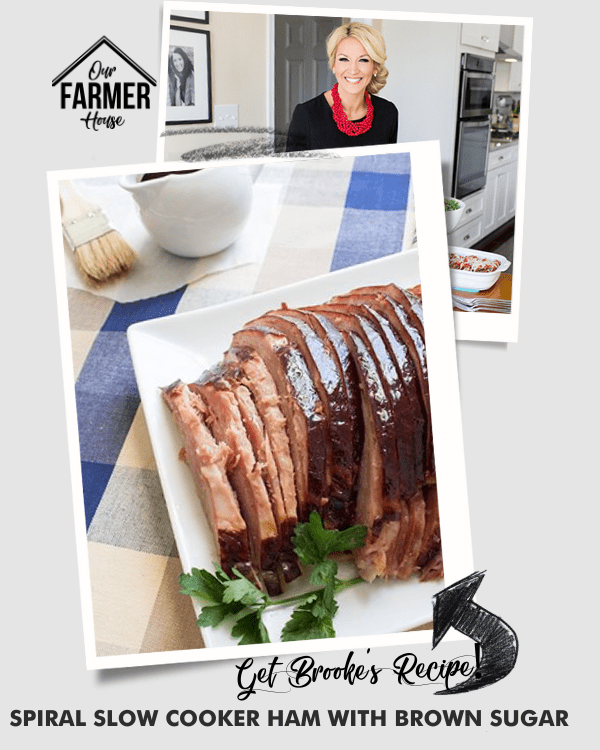 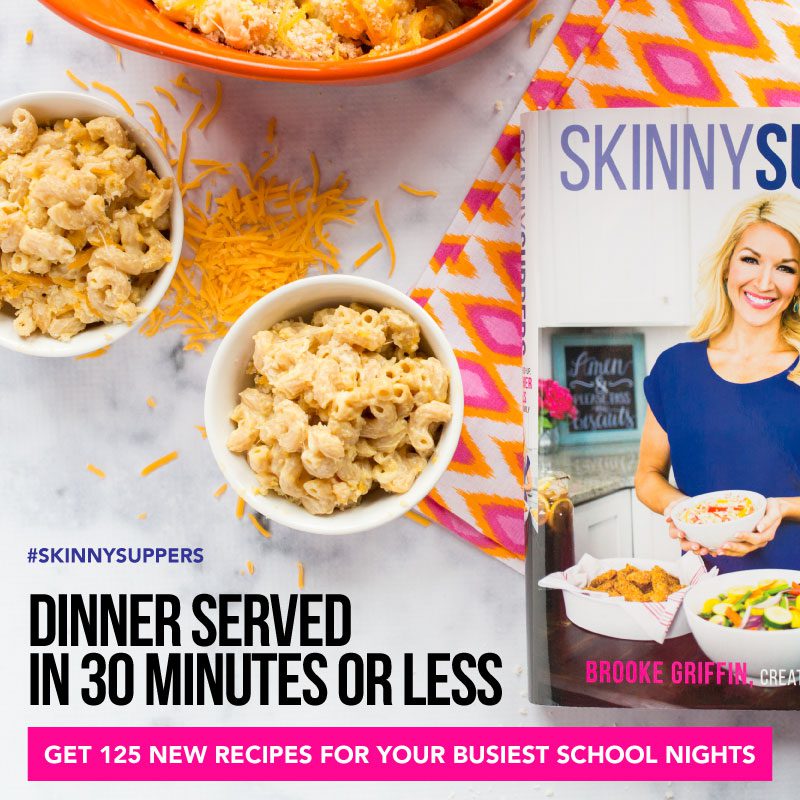 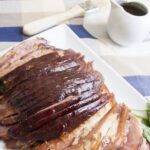 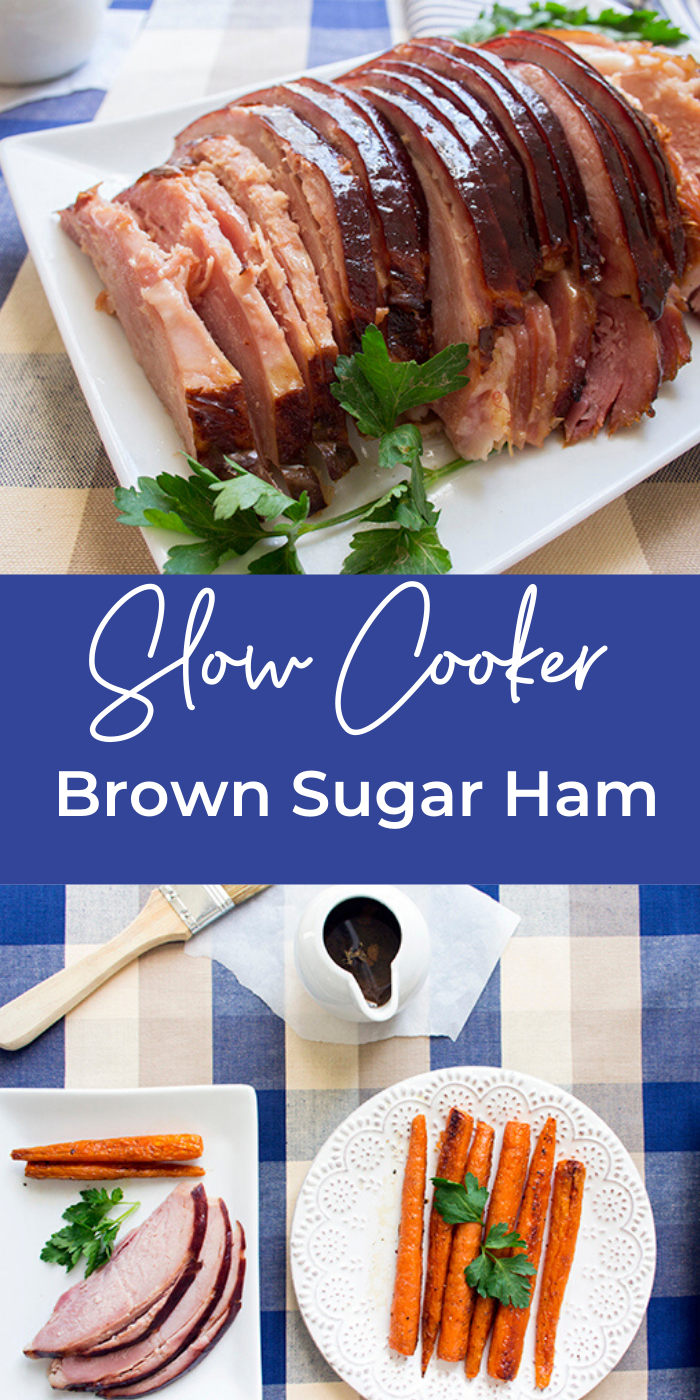 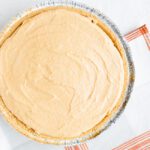 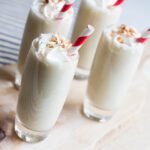 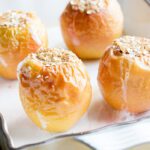 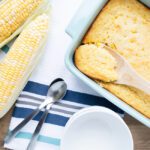 "If you want to change the world, go home and love your family." -Mother Teresa
"Trust in the Lord with all your heart and lean not on your own understanding; in all your ways submit to him, and he will make your paths straight." Proverbs 3:5-6
"With all humility and gentleness, with patience, bearing with one another in love, eager to maintain the unity of the Spirit in the bond of peace." Ephesians 4:2-3
Follow on Instagram
Open
Lately💕…just sharing a few of my favorite fam

Open
CHICKEN FRIED RICE🍚🌾! No matter how many tim

Open
There’s no place like home💕➡️ Happy to be